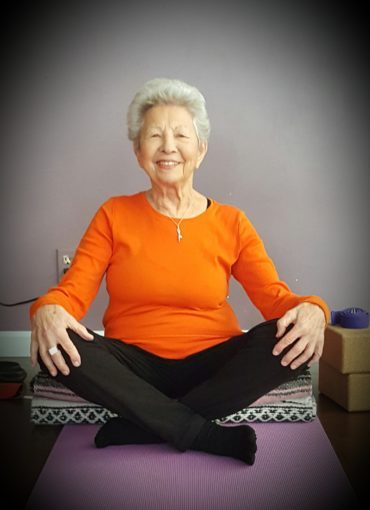 In 2002, I founded the first yoga studio in Castro Valley, California, an insular little town composed mostly of retirees and San Francisco commuters with school-aged kids. The average income in the unincorporated area was pretty high, so it seemed like the perfect place to open a studio (in those days, there really wasn’t a yoga studio on every corner).

Eden Yoga and Wellness was born right after the dot com “bust.” I was burned out after working for web startups for the previous several years. More accurately, I was burned out on being laid off by failing startups. It was definitely time for a change.

The studio immediately began to attract a vibrant yoga community. Unfortunately, I was completely naive about how to run a business and ended up having to sell it about a year later. (A story for another time.) I continued to teach there for the next 8 years.

Eventually, I moved away from the area. I have kept in touch with many of the students and teachers over the years. It’s been great to maintain a connection. Fifteen years later, almost none of those teachers or students still practice at the studio.

But one who remains is Eva Kastel.

Eva and I connected from the first day we met. A tiny woman of about 4’10”, she was born in Germany in 1920. (That is not a typo. She is 97 years old.) Eva is a Holocaust survivor, and I’ve spent hours listening to her experiences of how her family was kicked out of the Jewish neighborhood where she spent her formative years.

“One day at school,” she told me, “the principal sent an announcement to the teachers. It said ‘all Polish children must go home.’ A week later, we were told that all of the Serbian children had to leave school. And then, the Jewish children.”

Eva was shocked. She didn’t think of herself as any different from the other kids. After all, she was a German citizen! She had spent her whole life there. How could she no longer belong?

Of course, that was only the beginning. Her family eventually escaped to Argentina, where Eva met her husband. Together, the couple emigrated to the United States.

Eva was a decorated rhythmic gymnast in her 20s. It wasn’t until her 40s that she began studying, and eventually teaching, yoga. By the time we hired her at the yoga studio, she was in her early 80s.

Sometimes, but rarely, Eva complained about her back, as well as about the fact that she wasn’t as flexible as she once was. Sure, she could still stand on her head (!!!), but she had a lot of pain in her spine and hips. She was a tough teacher, but absolutely beloved.

I am embarrassed to admit that I just assumed that Eva had stopped teaching by now. In fact, I thought it likely that she had passed away. After all, she *is* 97.

Today was the birthday of the current owner of the yoga studio (now called “Castro Valley Yoga.”). She is one of our original students, who eventually had become a teacher. I decided to check out the website, just for old times’ sake.

I clicked on the “instructors” link. To my complete surprise, there was a picture of Eva.  It completely blew me away.

Yes, Eva is still there, and she is still teaching. Her picture still shows a beautiful woman with a smile that radiates warmth and openness. In fact, she looks almost exactly the same.

Due to a back surgery in 2013, I no longer teach yoga. In fact, I rarely practice, because I have such reduced flexibility in my back since my spinal fusion. I certainly never do headstands anymore.

But I’m sure Eva does.

2 thoughts on “A Century of Grace”