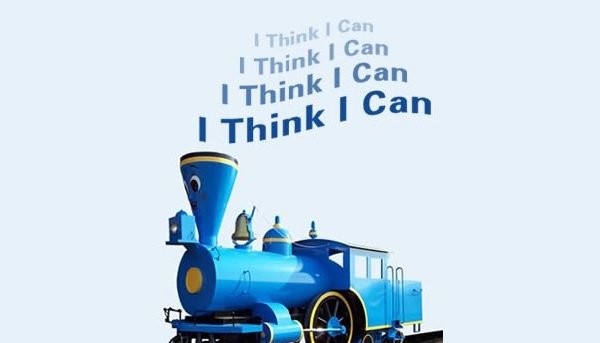 (Originally published on LinkedIn on December 24, 2014)

I opened a fortune cookie last week, and this is what it said: “Whether you think you can or think you cannot, you are correct.”

I always tell fellow parents that they should start brainwashing their children as early as possible. They usually laugh, but I’m serious. If I have learned one thing throughout my life, it is that your beliefs are the #1 factor influencing your success (or failure). And of course, many of those beliefs are instilled in us by our parents at a very early age. Just ask my son. He’ll tell you. I brainwashed him into believing it.

I was lucky. My parents did an exceptional job of brainwashing me with a number of mantras that have stuck with me my whole life. To this day, these beliefs fuel my vision, my self-confidence, and my successes.

One of my dad’s messages constantly rings in my ears. He’d say “Brianna, you are not average. You can do anything you put your mind to.” Sounds a bit trite when I write it down like that. But those words have propelled me places that–by all reasonable accounts–were out of my reach. My mom serendaded with a similar chorus.

When I was 23 years old, I decided to become a freelance writer. I had finished my Master’s in Science and Environmental Reporting at NYU and had already worked as a reporter, a magazine writer, and an editor. I had published dozens of articles. I loved my work. I felt as though I was good at it. And I wanted to strike out on my own.

My mom tried to convince me not to quit my job. She was a very successful entrepreneur, herself, but in her opinion, I was too young and too inexperienced to go freelance. She was sure I’d fail.

Being the incorrigibly defiant person that I am, I dismissed this advice and went ahead with my plan. I was absolutely determined to prove her wrong. I could hear my father’s voice echoing in my ear: “You can do anything. You are not average.”

A year later, I was making $30,000 a year as a freelance writer. (I know that might not sound impressive…but it was a goodly sum back in the early 1990s–especially for a writer. In fact, it was the same amount as the salary I’d been paid at my last reporting job.) My stories were showing up on the covers of national magazines. I was approached by a publisher to write books. I had defied the odds and had become a successful freelance writer.

Of course, many people don’t have parents who convinced them that their potential was unlimited. Unfortunately, those people must “brainwash” themselves.

One of my friends recently said to me that some people are born with the right stuff to succeed; that it’s just the luck of the draw. He indicated that I fell into this category. I was just blessed with brains and the wherewithal to achieve.

This assessment bothered me. Actually, it really pissed me off. It made me feel as though he thought that I was just lucky, or that I didn’t have to work hard for my achievements, when the opposite was true. My belief in myself has made me insanely driven to work as hard as possible to achieve my goals. I have worked nights and weekends. I went back to school to get another Master’s degree while working full time with a high-school kid at home. I have always pushed forward with fury and a chip on my shoulder. I would prove it to everyone: I could achieve absolutely anything I put my mind to (ok, maybe not becoming a professional football player…but you catch my drift).

To those of you who feel as though your career possibilities are limited by the improbable, by competition, by your age, by your lack of connections, by disparaging words, or any other reason, I’d like to challenge you. Stop it. Make a New Year’s resolution for 2017: Change the mantra. Cultivate belief in yourself, even if it seems unrealistic. Chant it to yourself every day, if that’s what it takes. Brainwash yourself.

And if you need a little push, let me say this: I believe in you. You can do absolutely anything.