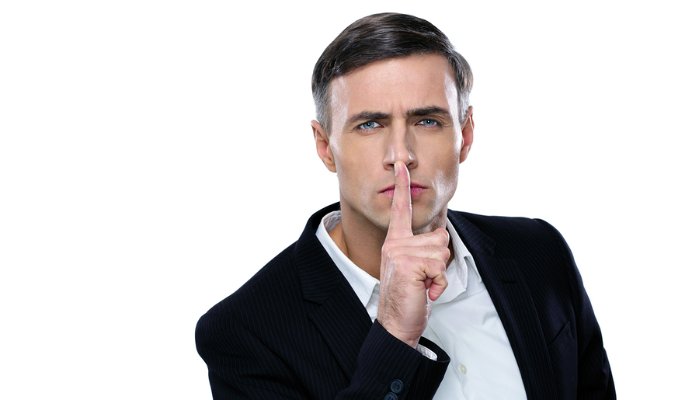 There’s a survival behavior that develops within insular corporate environments. The group leader sets a tone, and employees who want to keep their jobs passively endorse its validity by going along with it.

Surprisingly, this phenomenon often continues in situations where the leader is inappropriate, or even verbally abusive. Employees might discuss the distasteful behavior in hushed tones in the breakroom, but in general, they come to accept it as an implicit part of the culture. It’s even more likely when there’s no HR department (as is the case in many small companies).

In California, an “at-will” employment state, you can be fired—without repercussion—for almost any reason, except for blatant discrimination based on gender, race, sexual orientation, or religion. This means that pushing back against verbal abuse is a perfectly legal cause for termination.

You can’t sue your boss for yelling at you, swearing at you, or giving you the cold shoulder because he doesn’t like your hairstyle or your political party. In fact, the law won’t even protect you against workplace bullying, which is legal in every state.

When colleagues tolerate toxic or abusive environments to keep their jobs, it has a ripple effect. “Maybe it’s me,” you think. “No one else seems to have a problem with it. Maybe I’m just too sensitive.” The fabric of reality begins to warp.

That’s what my good friend “Sally” (not her real name) started to think after she approached her boss to talk about her mistreatment by the company’s most senior executive, a billionaire who had privately funded the company since its inception. She was told—in no uncertain terms—that her future at the company depended on her ability to get along with the tyrant. In other words, she had to put up, shut up, or be fired.

It didn’t matter that the executive in question was a notorious monster. The employment site glassdoor.com was rife with reviews from anonymous employees who reported the same story again and again: “environment of fear and intimidation,” “managers need counseling on how to deal with employees,” “angry managers fire employees on the spot, merely for disagreeing with them.”

This company had, at some point, incorporated and accepted abusiveness as part of its culture. It went beyond groupthink. It became its reality. And nobody was doing anything about it.

Sally was more sensitive than some of her coworkers. She began to have anxiety attacks. She (literally) started to have nightmares about the situation. It was really taking its toll on her life. One day, the abusive founder was in rare form. He yelled at her and told her she was useless and had no idea what she was doing. She left that night and never went back. Fortunately, she was able to secure a stress leave and take some time to recover while she looked for a new job.

Like Sally, if you’re in this situation, you probably feel that you have few options beyond “voting with your feet.” And if employment opportunities are limited, you might be stuck there for a while.

I wish I had a solution to offer, except to trust your gut when you take a job. Try to sniff out dysfunctional environments and leaders, and avoid them like the plague. Perhaps the only true remedy is prevention.

Have you ever been in an abusive work environment? How did you cope? What, if anything, did you do about it? I look forward to hearing your ideas. Your strategy might save someone a lot of grief.

[Disclaimer: The individuals and situations mentioned in this post are fictitious or composites of real situations. Maybe.]