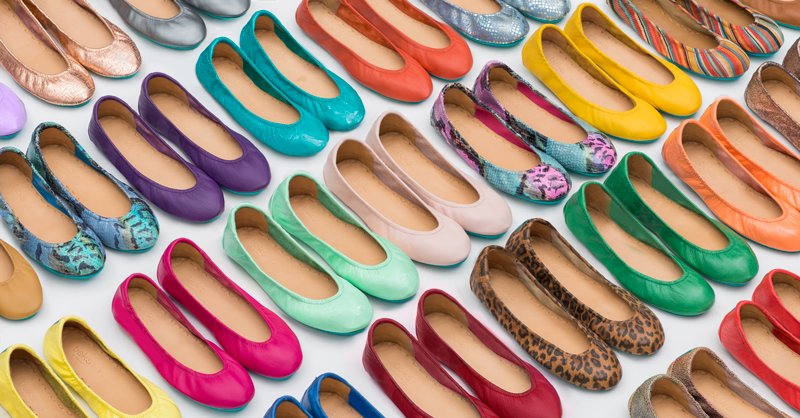 Note:  If you have no idea what Tieks are, you may want to skip this post. Ditto if you’re someone who does not (and will never) wear ballet flats. Notice that I did not make that comment gender-specific. Apparently, there are men who wear ballet flats. I support everyone’s right to wear whatever makes them feel beautiful  :-) 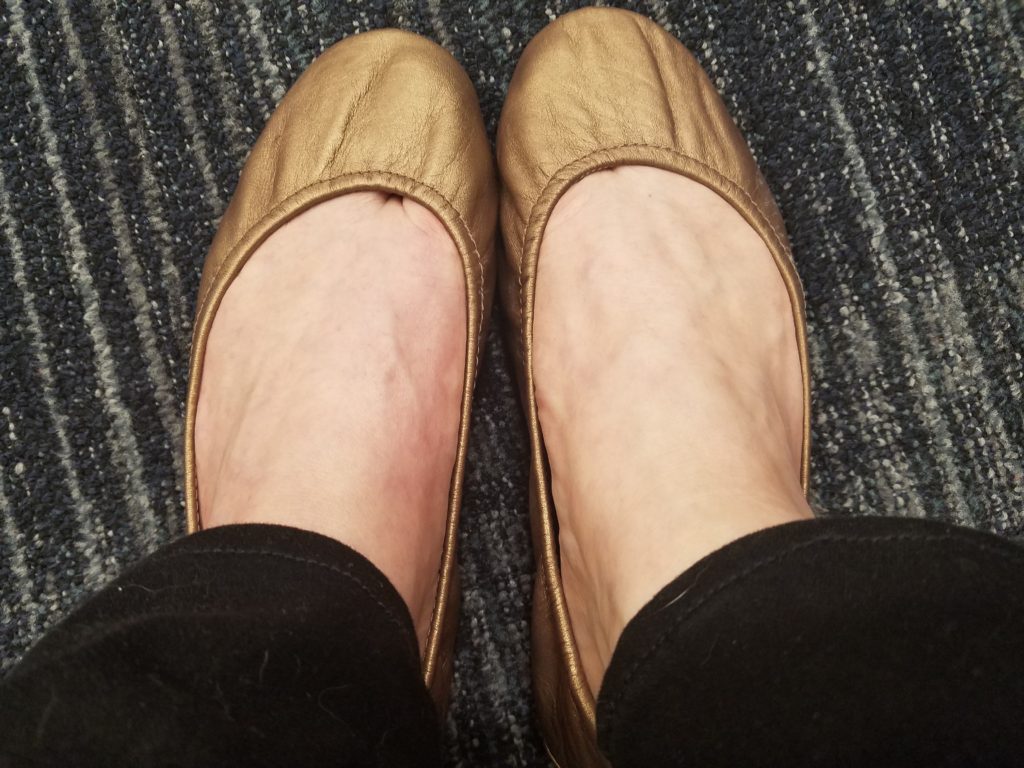 For those not in the know, Tieks by Gavrelli are ballet flats that have attained cult status—probably because Oprah loves them and has them on her list of Favorite Things.  They’re pretty darn cute, too, even if they do have a crazy teal stripe up the back. (I guess that’s a status symbol, but I don’t really care for it.)

Tieks are foldable, so you can pack them in your bag for when your feet start hurting from your ridiculously high heels and decide to switch to more sensible (but equally chic) footwear. Folded Tieks (which, incidentally, come with cute little pouches to store them in) are also compact enough that you can bring four pairs of them on vacation without your S.O. complaining about your chronic overpacking. They sport springy teal soles that make them supportive enough for long walks through the airport or being on your feet all day. They come in about a million colors and are hand stitched from Italian leather, although the manufacturer also makes “vegan leather” versions. (Vegan leather. Hmph. I guess that’s like vegan chicken. Whatever.) They’re also obscenely expensive. (Mom, if you’re reading this, please do NOT research the price!)

These shoes don’t come in half sizes. The company recommends sizing down (they do soften and stretch), unless you have wide feet. Mine are a bit wide, so I opted for the size 8 (I’m usually a 7.5). They were perfect.

You may have to wear your Tieks a few times before they mold to your feet. The company will take the shoes back if they haven’t been worn outside, so I recommend wearing them around the house with thick socks for a few nights to ensure they’ll work for you. I did this for about four nights before accepting my bronze Tieks into my heart forever. (They have great customer service and an excellent return policy, so it’s hassle-free to send them back for return or exchange.)

While many people report that their Tieks fit perfectly from the first moment they put them on,  others encounter minor challenges when they first don them. If you fall into the latter camp, I’m happy to report that I’ve found some solutions:

So there you go! With the help of the above tips, you’ll soon understand why Ms. O raves about these cute flats. Let me know how they work for you. And if you’ve got a tip I haven’t mentioned, please share it in the comments below.