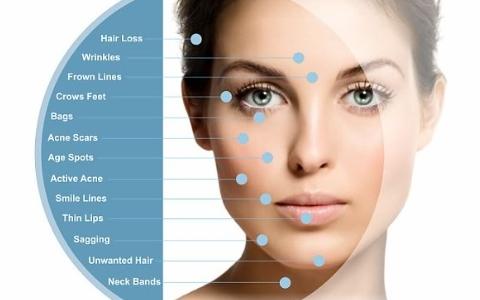 Time for a little (somewhat embarrassing) self revelation. I’m doing this for you, reader, so that you can benefit from my experience. After reading this, you’ll know that I’m vainer than I usually care to admit. But here goes.

I’m a bit obsessed with anti-aging treatments. I’ve been known to do a little botox now and then. I’ve had a few fillers injected here and there. And once I splurged on a series of three Dermapen treatments.

Dermapen is an electric microneedling device. For those of you who haven’t yet heard of this fabulous invention, microneedling is a procedure in which a nurse or other trained practitioner uses an electric wand covered with tiny, sterile needles all over your face. The Dermapen creates micro-wounds, which, just as with any other wound, stimulates your body to produce collagen to heal the area.

Collagen production naturally decreases as you age, causing the skin to lose elasticity and allowing wrinkles to be etched into the areas that move when you smile, frown, etc. Increasing collagen production helps reverse this process. It can also help with scarring (like acne scars or old chicken-pox scars) and hyperpigmentation. Apparently, you can also use it on stretch marks, as well as on balding areas, to stimulate hair growth.

The Dermapen process causes an amount of pain directly proportional to the length of the needles used. So, the nurse (or plastic surgeon, or whoever administers the treatment) usually applies some numbing cream on the treatment area before you get started. It works pretty well.

After microneedling, your skin is a bit red. It can bleed a little, but nothing significant. Usually, a serum containing vitamin C, hyaluronic acid, or even stem cells is applied afterward. The tiny wounds created in the skin during the treatment allow for these products to be absorbed deeply into the skin, improving their effectiveness. The next day, you look like you have a sunburn. A few days later, you get dry and start to peel. The peeling further stimulates collagen production and leaves you with a smoother, more radiant complexion.

After a series of three or four treatments, fine lines, wrinkles, scars, and hyperpigmentation start to decrease. Good stuff. It’s much less dangerous than chemical peels or laser treatments that can really damage your skin. And because it’s less invasive, you can do it in sensitive areas, like under the eyes and even on the eyelids.

I paid quite a bit for my series of three Dermapen treatments. I was pretty happy with the results, although the amount I paid hurt a little more than the needles. So when I found out about home microneedling (done with a device called a dermaroller, which is a rolling device with a handle and detachable rollers covered with various length needles), I was all in.

The dermaroller I purchased on Amazon cost about $30. It came with a tube of lidocaine numbing cream and three rolling heads of various lengths. I was excited and hoping to see similar effectiveness as the professional treatment. Because it was inexpensive and I could use it at home, I anticipated being able to do it more regularly and grow younger and younger looking over time.  :-)

Somehow, I convinced Andrew to do this with me tonight. Well, not *somehow,* exactly. I just mentioned that he could stand to work on the deep furrow between his eyebrows, which made him a little self-conscious, and then he was all in, too.

We read the instructions and watched a YouTube tutorial. We carefully disinfected the rollers and our skin and applied the numbing cream. Then we got on with the dermarolling.

Fortunately, the numbing cream worked really well, and nothing dramatic (like spurting blood everywhere or accidentally rolling needles into our eyes) occurred. We finished by applying vitamin C serum and then a vitamin E facial oil to soothe and moisturize. We high-fived each other on a job well done, and on ushering in a new era of rejuvenation.

We’re pretty red right now. Maybe even as red as when I had it done in the med spa. Tomorrow, we’ll probably look like we got sunburned. By Monday, we might be a little dry and flaky, and by Tuesday, we’ll have recovered completely.

All in all, kind of a fun and interesting experience. I’ll report back on how it works.