I’m FORCING myself to cease and desist blogging about the recent election and how freaking outraged I am because of the result. So, I’ve decided to move on to a topic that I passionately love…cooking!

I can’t decide if recipes constitute valid blog entries. And if I do choose to include recipes, I guess I’ll have to either include original ones, or compile some kind of a roundup. I’ll think on this and get back to you later. 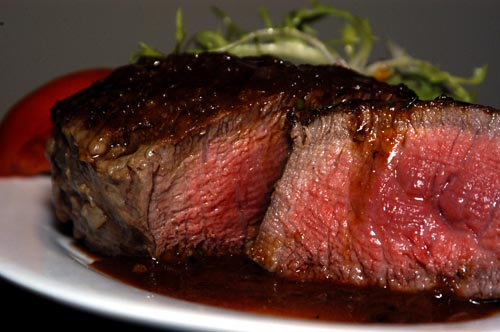 For today, however, I thought I’d write about something near and dear to my heart–cooking meat. I wasn’t always a big fan of animal flesh. In fact, I was a vegetarian for about 10 years. I guess because I’ve adopted a low-carb diet, I’ve come to love it.

The other factor is that my beloved boyfriend gave me a smoker last summer, and since then, I’ve become obsessed with smoking meat. I had wanted a smoker for a long time. I assumed that I’d try it, possibly neglect the thing and let it languish, and/or just use it a few times a year.

Surprise! Full-on obsession. I even joined an online pitmaster’s club. I’m one of about three women in the club, which makes me simultaneously the object of pity (because everyone knows that girls can’t cook with fire) and very popular, being somewhat of a novelty. In general, these guys are at my beck and call to answer my every question and mid-brisket freakout. This is good, because smokin’ meat ain’t no joke. Imagine cooking a 20-pound piece of meat for 10 or 12 hours AND SCREWING IT UP. The horror! The tears! The feelings of failure! So, I love those guys.

Anyway, back to The. Perfect. Steak. Every. Time.

The reason I mentioned smoking is because the physics of cooking the perfect steak are the same as smoking meat. It requires a two-zone cooking arrangement–one zone for indirect cooking and the other for direct cooking. But no need to buy a smoker, because you have a convenient means of two-zone cooking already–your oven and your stove.

There are some good reasons why smoked meat (which is cooked with indirect heat) is so sublime, and it’s not just the application of a magic rub you’ve concocted. It’s because low-and-slow smoking gives the cartilage, connective tissues and other stuff that makes it hard to chew a chance to break down and liquefy. It also releases collagen inside the meat. The net result is tender, melt-in-your-mouth, unctuous meat. Yum!

You cannot reproduce this texture with direct cooking, and here’s why: with larger or tough cuts of meat, there’s not enough time to liquefy the connective tissue, et al., without burning the outside of the meat, or drying it out entirely. This is why it’s hard to pan fry a pork chop without turning it into shoe leather. There are talented cooks who can do this. But I am not one of them.

The answer? The reverse sear.

Reverse searing is relatively unknown to home cooks. However, steakhouses use it all the time. Essentially, it’s a method of cooking the meat low and slow in the oven–until it reaches the perfect, not-too-high-temperature–BEFORE you ever caramelize the outside with a thorough sear. The result is absolutely perfect, tender, delicious steak every time. There’s just no chance for it to dry out.

So, here are the deets:

Remove the steak from the pan. Ignore anyone’s advice to let the meat rest before serving. I could go into the science of why you don’t need to do this, but why not just take my word for it. After all, I’ve gotten you this far, right?

Throw that sucker on a plate, and prepare for the rave reviews. You can thank me later.